The BTC1B is a complete battery meter. The device offers all relevant battery measurement methods and enables fast and comprehensive tests on batteries and accumulators of all technologies. It is used in research and development for suitability tests on cells and modules. 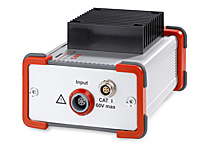 The MBT-x is a measuring module for use in production systems and in quality assurance. It is optimized for the quick test of battery cells and modules and for checking the welded joints.

In addition to the 4-wire measuring technology, a 6-wire arrangement is also provided to facilitate the wiring.

The measurement module is protected by an aluminium housing which can be mounted by 4 screws. It is remotely controlled via RS232 communication interface and powered by a separate power supply. 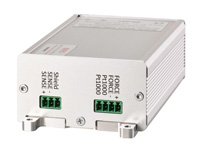 The MBT-X5 was developed for the incoming test (BoL test) of round cells in large quantities with short cycle times. The device measures the voltage as well as the internal resistance at different frequencies with up to 5 channels.

The compact measuring module is protected by an aluminum housing that can be attached with 4 screws. The measuring inputs are made via M8 sensor plugs, the measuring module is connected to the system control (PLC) via a serial interface (RS232). The device can be configured and diagnosed via the USB interface. Power is supplied via a separate power supply unit. 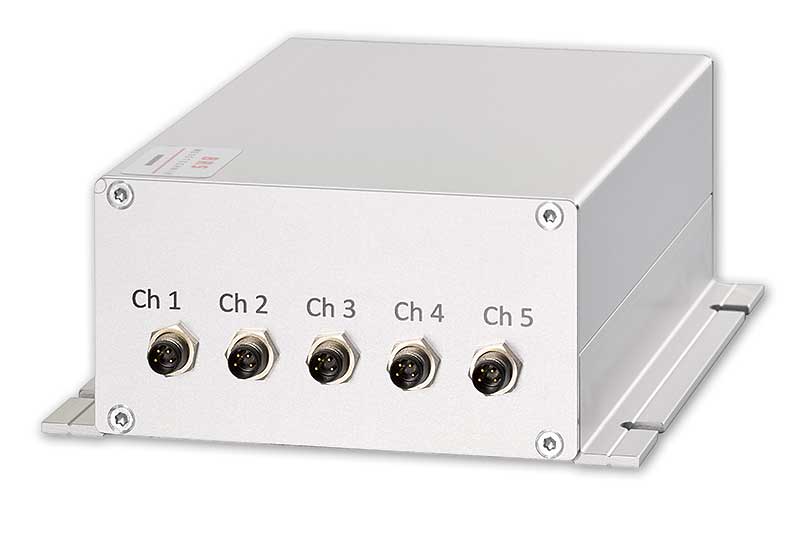 BIM1B and BIM2B are universal measuring devices for use in the development, production and quality assurance of cells and modules. 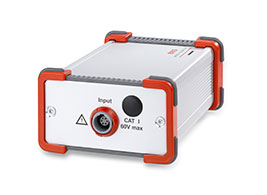 The BIM-HV-B is the world’s first device for measuring the spectral impedance of battery systems up to 900V.

The device measures the spectral (complex) internal resistance between 1Hz and 1kHz as well as the open circuit voltage.

In addition to high-voltage batteries, on-board network batteries and individual cells can also be tested.

The device is suitable for troubleshooting in development and production, for analyzing the operating behavior during testing and for quick diagnosis in service. 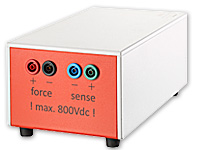 The BMUX-15/4 is a four-wire switch (multiplexer) with which up to 15 stacked battery cells can be switched one after the other to an impedance measuring device (BIM1, BIM2, BTC1). This means that impedance and voltage measurements can be carried out on several cells without having to plug them in.

The switchover takes place via 16 double contacts (each Force and Sense), which in pairs form a channel. A cell is selected via 2 adjacent channels.

The BMUX-15/4 has 2 communication interfaces (USB and RS-232), which can be used alternatively; if both interfaces are connected at the same time, the USB interface has priority.
In the case of USB, power is supplied via the interface itself; in the case of RS232, an external power supply must be provided.
The remote control takes place via a simple proprietary protocol or via a graphical user interface for Windows PC. 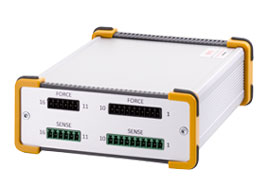 The round cell adapter CTA is an accessory for the impedance measuring devices BIM / BTC and enables precise impedance and capacity measurements on battery cells using four-wire technology. 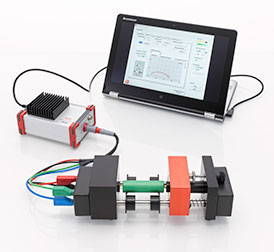 The measuring cable is 1m long and has 4 laboratory plugs 4mm, which allow a universal connection of standard test clamps or test probes.

It is the universal measuring cable for all internal resistance and impedance measurements. 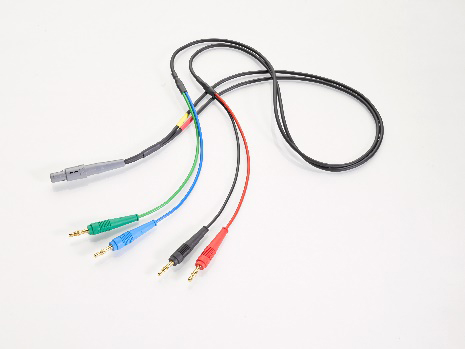 The measuring cable is 1m long and has 4 laboratory plugs 4mm, which allow a universal connection of standard test clamps or test probes. 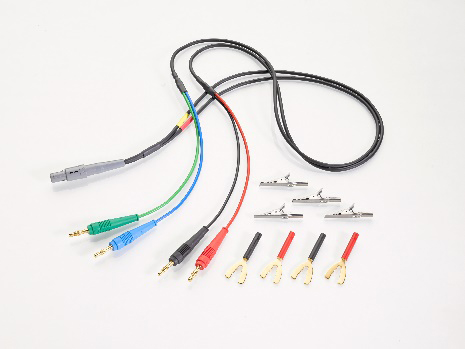 The measuring cable is 80cm long. Own contacts can be connected to the open ends. 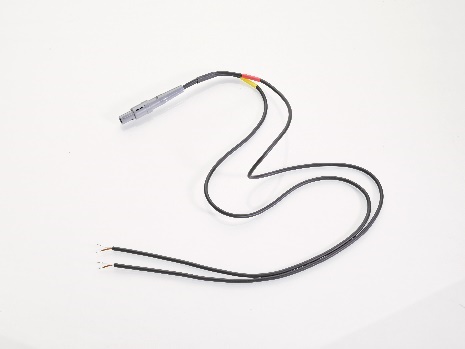 It is suitable for all internal resistance and impedance measurements with the BIM-HV. 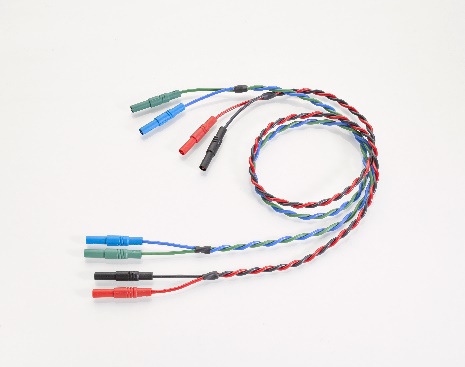 This measuring cable has 2 large Kelvin clamps and is 1m long.

It is easy to use and is suitable for internal resistance measurements on larger batteries. 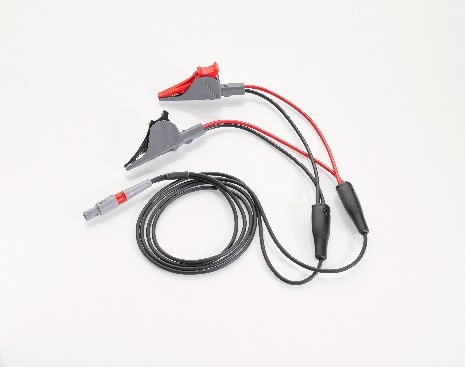 This measuring cable has 2 small Kelvin clamps and is 1m long.

It is easy to use and is suitable for internal resistance measurements on smaller batteries. 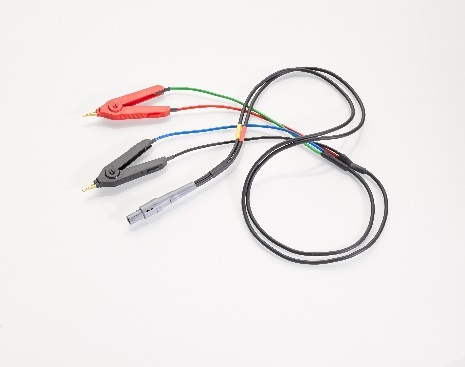 The measuring cable is 1m long and has 2 small coaxial Kelvin buttons with medium contact pressure. It is suitable for all battery poles with bare surfaces. 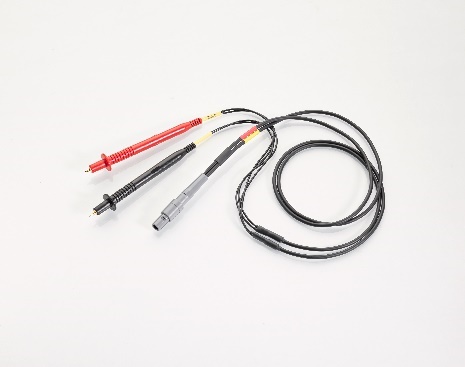 The measuring cable is 1m long and has 2 large robust probes with parallel steel pins and high contact pressure.

It is suitable for aluminum battery poles and dirty surfaces. 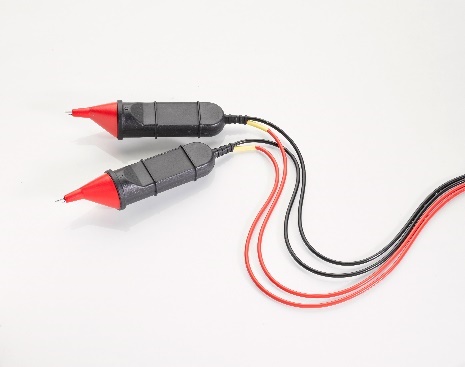 Measuring cable for connection to the auxiliary measuring input with temperature sensor PT1000 in TO92 housing, 1m long. 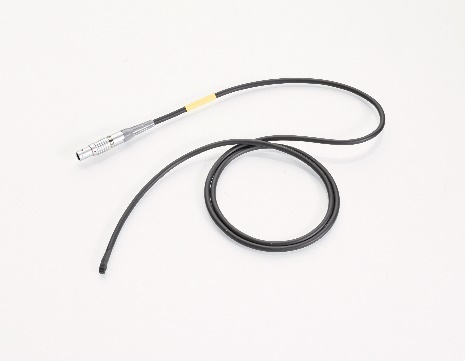